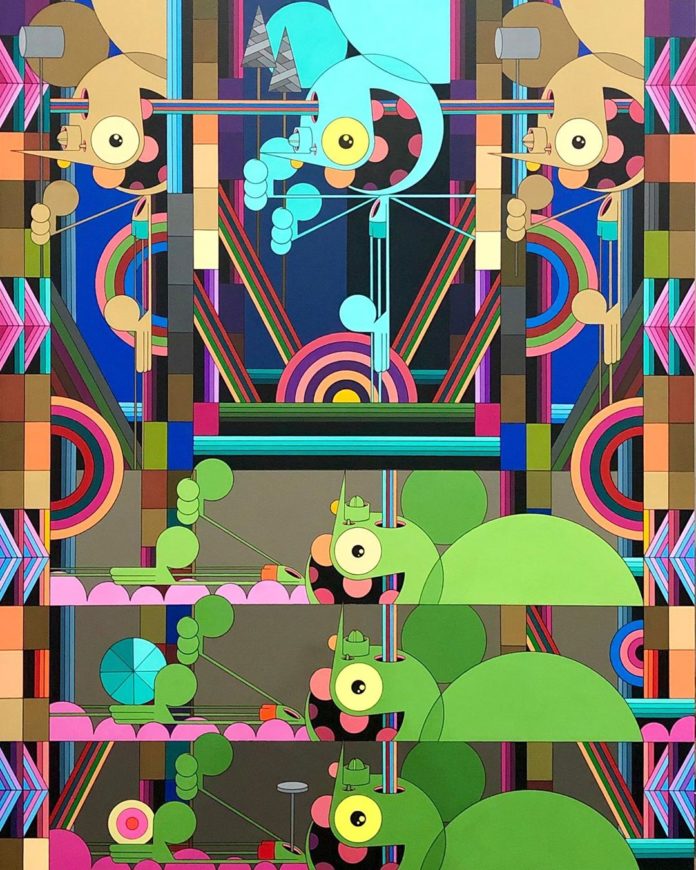 Dalek2020 | James Marshall, better known as Dalek. Ss an American painter best known for his Space Monkey character. He is also known for his photography, murals and illustrations.

Marshall was born to a military family in New London, Connecticut. And moved around a lot as a kid, finishing high school in Japan then living in Hawaii briefly before returning to the mainland. The artist found his voice and identity in the subcultures of graffiti, punk rock and skateboarding. He earned a BA in Sociology and Anthropology from Virginia Commonwealth University in 1992. And acquired his BFA at the School of the Art Institute in Chicago in 1995.

First rendered on a wall in Connecticut in 1995. The Space Monkey that has become synonymous with his name grew and evolved from Marshall’s love for Japanese pop culture. The “vibe” of the punk scene, street art and cartoons. Marshall maintains that the Space Monkey is not a monkey at all, but a mouse—his concept of a human being lost in a growing sea of technology and convenience. Space Monkey became Dalek’s alter ego, a medium through which he expressed his emotions, ideas and concerns.

Marshall exhibited his paintings in group shows shortly after college, which helped to develop his following. With the support of Shepard Fairey, he made stickers and prints and was encouraged to further develop the character and his art.

2001 proved to be a significant year in Dalek’s career, when he moved to Brooklyn, NY and was drawn to the Boston Museum for a show displaying the works of Takashi Murakami. Realizing that he still needed some sort of articulation when it came to his own art, and finding it within Murakami’s, Dalek started his apprenticeship with the renowned Japanese painter, which greatly informed his own studio practice, color mixing and other disciplines crucial to his process.

While developing work for a Jonathan LeVine Gallery exhibition entitled Desperate, Rejected and Angry in 2007, Marshall grew frustrated with the iconic image he had created and felt the need to break apart, cover up and slowly dissolve the Space Monkey. This resulted in layers of geometric shapes and explosion of his color palette. Free from the constraints of the character, geometry and color became larger driving forces in his work.

Marshall continues to explore the push and pull dynamics of opposing forces—the play between rigidity and fluidity.

There is an abundance of flashing colors and multiple planes, subtle and almost unperceived moments working in harmony to define space and movement. Space Monkey is, to a degree, still present in his new paintings. It is essentially the creator of this new world, its DNA embedded and mutating as it continues to proliferate, consuming everything in its path.

The future of the work is never certain. It is an organic evolution of process meeting experience, completely random yet clearly calculated. Marshall prefers to let things find their own place and be of themselves, not forced unnecessarily, but finding meaning in the moment.

Dalek’s work is critically acclaimed and has featured in numerous publications, articles and magazines such as The Wall Street Journal, The New York Times, Juxtapoz, and more. He has also participated in numerous solo and group shows throughout the US, Asia and Europe, has painted a number of murals and completed a variety of commercially-commissioned work for companies including Nike, Hurley, American Express, Microsoft, and Instagram. 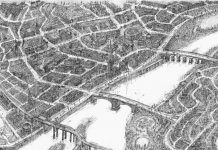