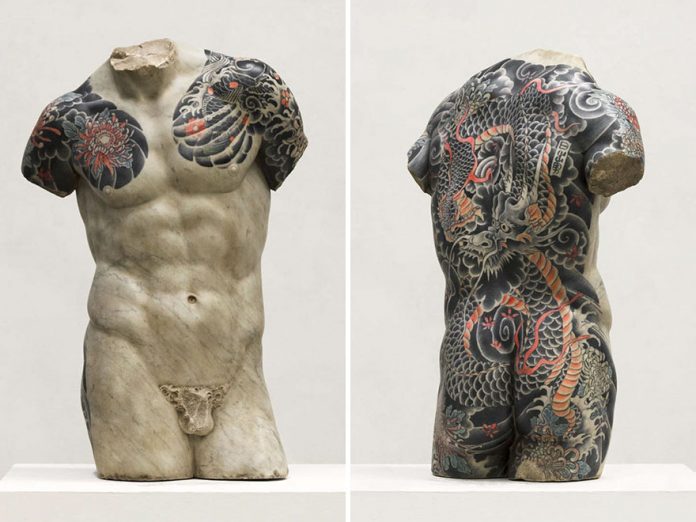 Fabio Viale is an Italian sculptor based in Turin, Italy, who is (to say the very least) well-versed in the art of traditional sculpture… But his works are anything but traditional.

After mastering the art of manipulating marble to flawlessly mimic the human form — Viale began to use those perfectly honed skills to mimic other things, as well. Like styrofoam. And rubber. And wood.

Pretty mind-blowing shit right there. The process of sculpting with marble is not a simple one — it requires an insane amount of both mental and physical strength to plan, manipulate and execute an entire traditional piece. That being said — to be able to hone those skills, and then manipulate even further, like, to the point of successfully mimicking numerous other materials convincingly… Well, fuck. This dude’s got more talent than you and I combined. And that guy over there. And your mom.

While his “styrofoam” Mary, “rubber” tires, and oversized “wooden” crate are enough to make our brains explode — we are of course most entranced with his recent works, where, you know, he flawlessly recreated classic Romanesque forms and then slathered them with beautifully rendered tattoos.

From Traditional Japanese bodysuits to soft black and grey masterpieces to Russian prison tattoos- Viale proved that he isn’t just a prodigious sculptor, but a pretty fucking amazing painter as well. (Via Tattodo) 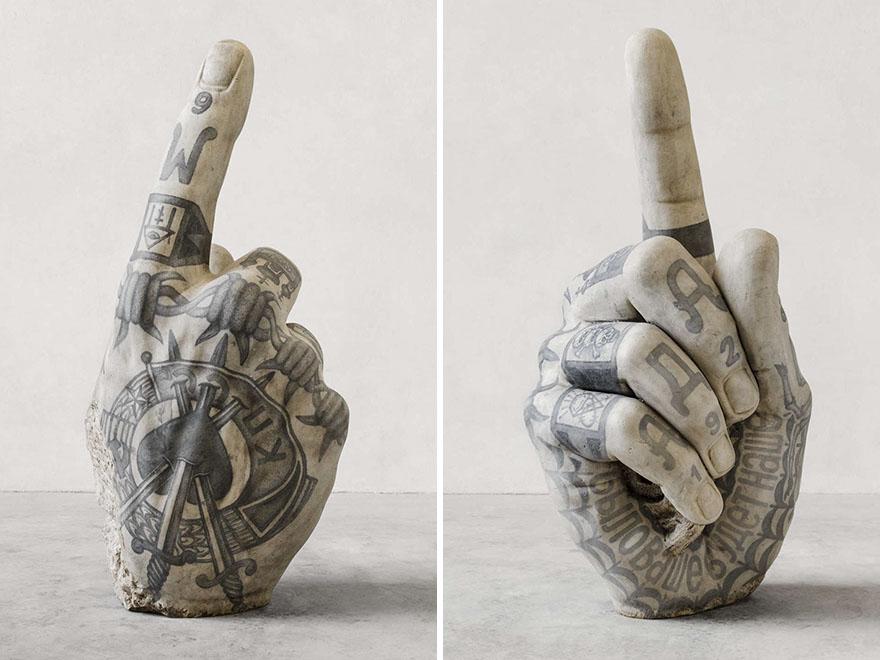 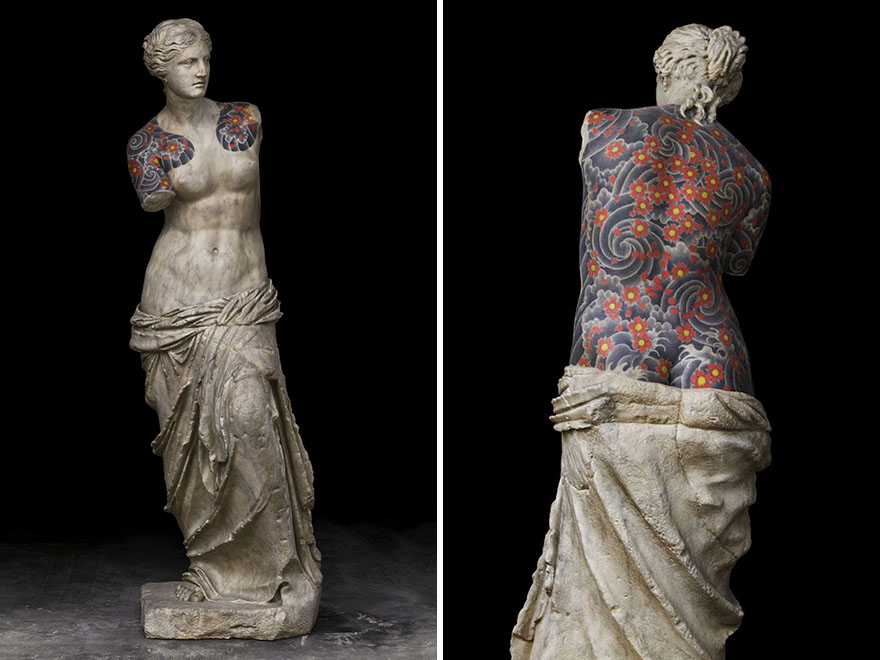 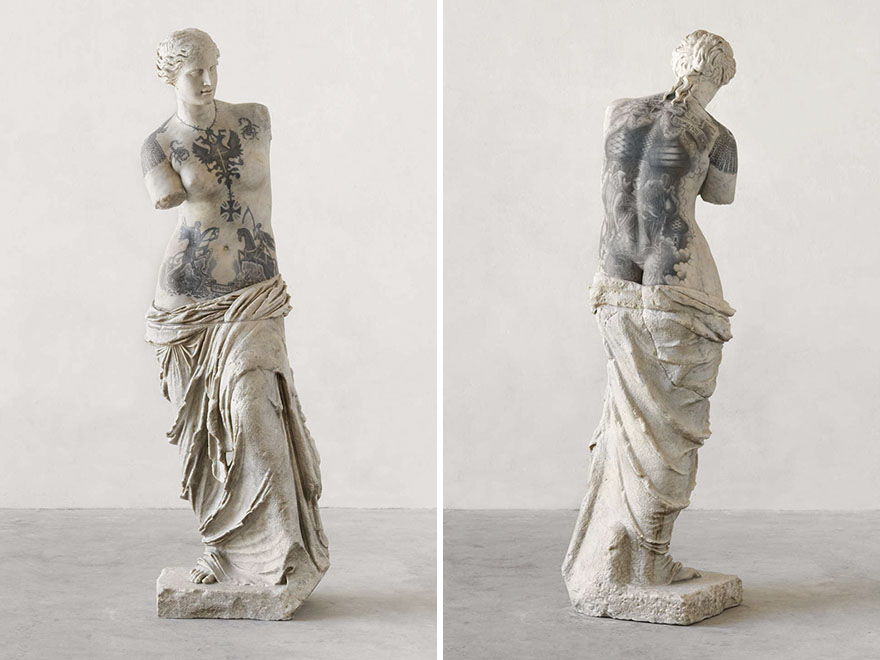 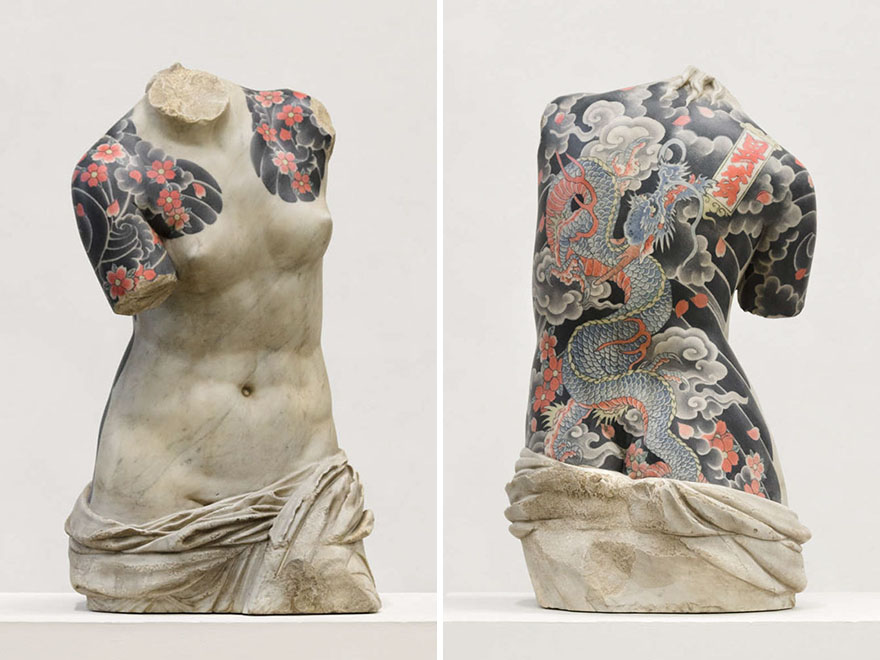 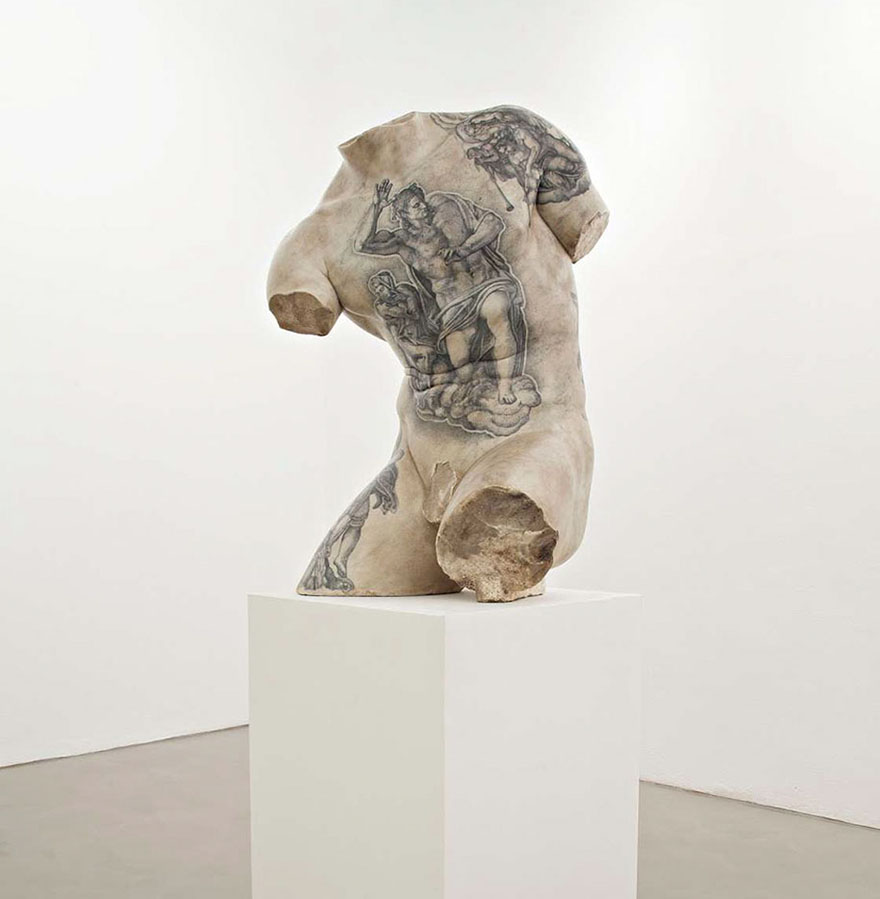 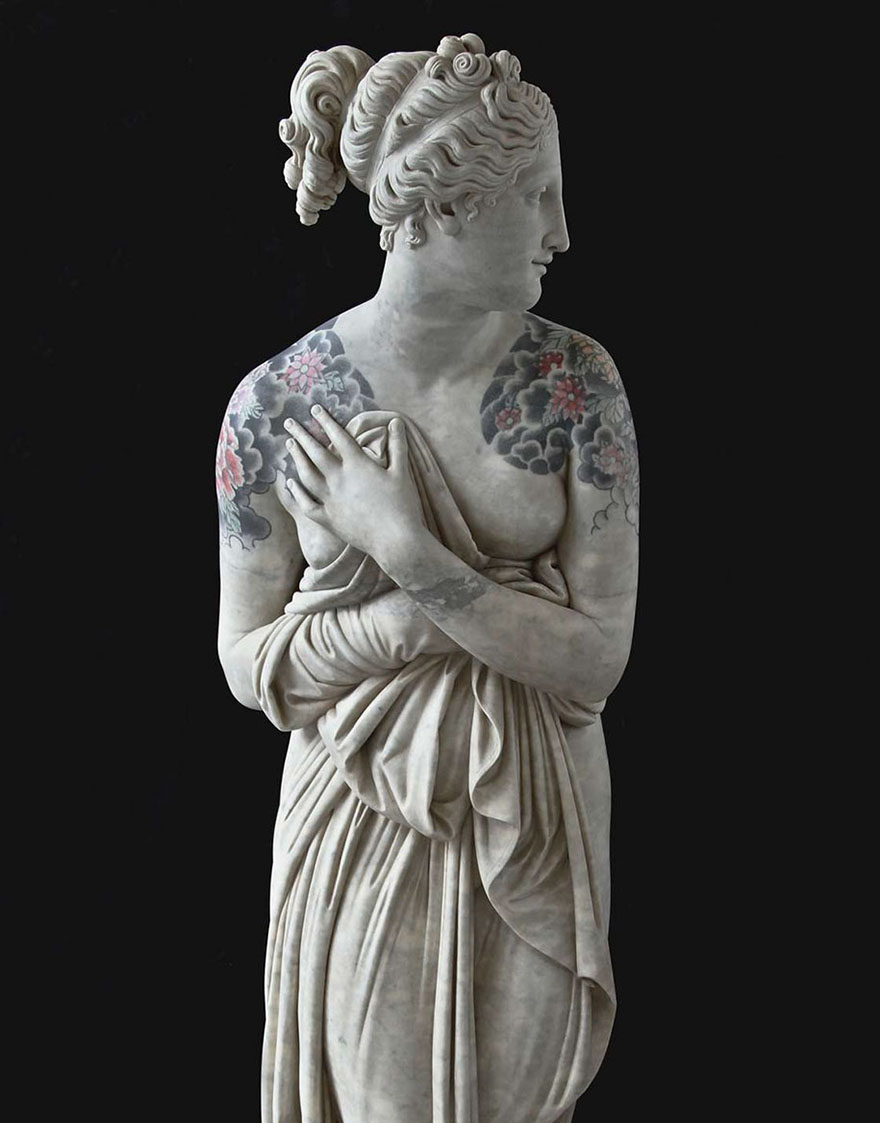 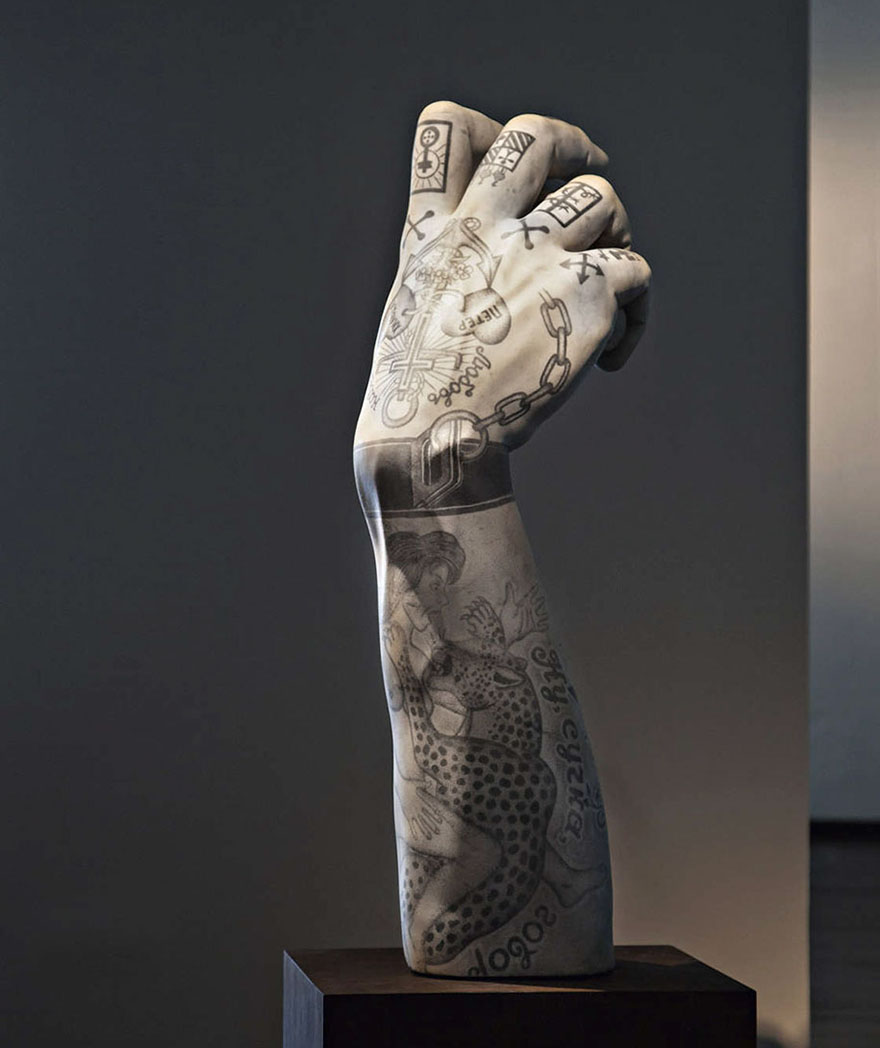 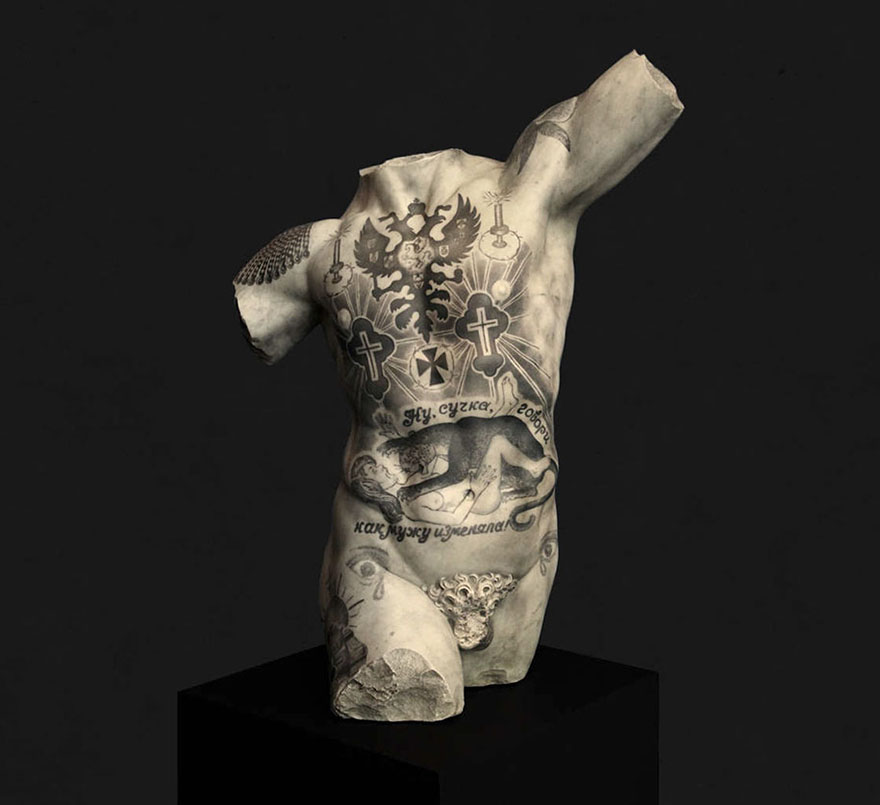