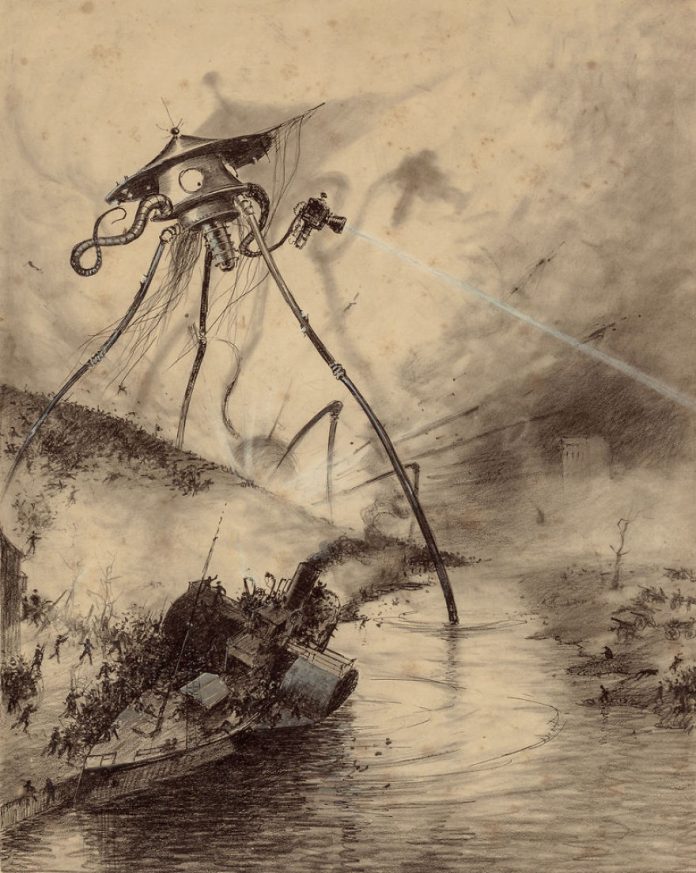 Herbert George Wells (21 September 1866 – 13 August 1946), usually referred to as H. G. Wells, was an English writer. He was prolific in many genres, writing dozens of novels, short stories, and works of social commentary, satire, biography, and autobiography, including even a book on war games. He is now best remembered for his science fiction novels and is often called a “father of science fiction”, along with Jules Verne and Hugo Gernsback.

During his own lifetime, however, he was most prominent as a forward-looking, even prophetic social critic who devoted his literary talents to the development of a progressive vision on a global scale. A futurist, he wrote a number of utopian works and foresaw the advent of airplanes, tanks, space travel, nuclear weapons, satellite television and something resembling the world wide web. His science fiction imagined time travel, alien invasion, invisibility, and biological engineering. Brian Aldiss referred to Wells as the “Shakespeare of science fiction”. His most notable science fiction works include The Time Machine (1895), The Island of Doctor Moreau (1896), The Invisible Man (1897), and The War of the Worlds (1898). He was nominated for the Nobel Prize in Literature four times.

One of the ways that Wells expressed himself was through his drawings and sketches. One common location for these was the endpapers and title pages of his own diaries, and they covered a wide variety of topics, from political commentary to his feelings toward his literary contemporaries and his current romantic interests. During his marriage to Amy Catherine, whom he nicknamed Jane, he drew a considerable number of pictures, many of them being overt comments on their marriage. During this period, he called these pictures “picshuas”. These picshuas have been the topic of study by Wells scholars for many years, and in 2006, a book was published on the subject. (Wikipedia) 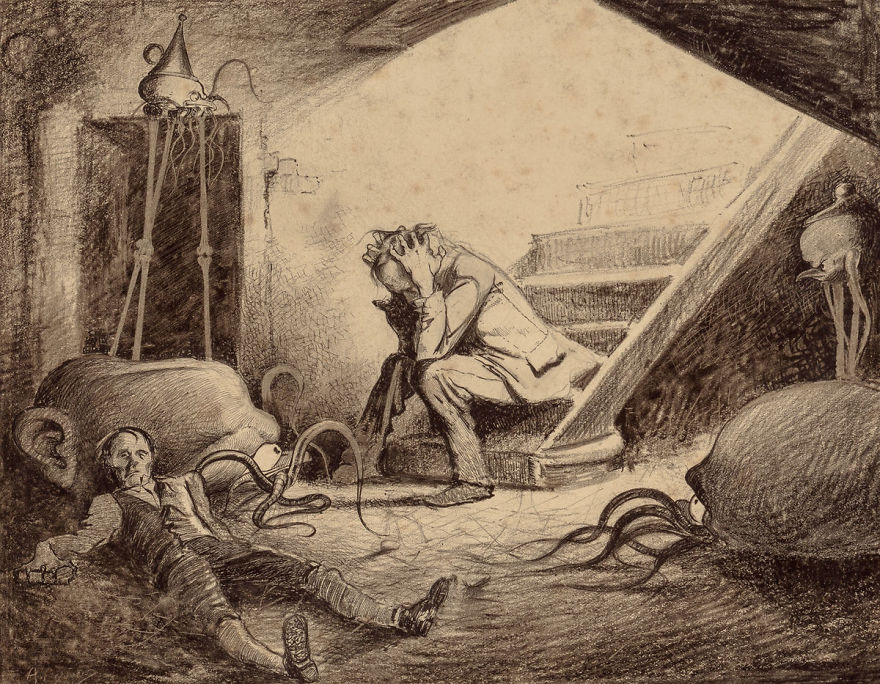 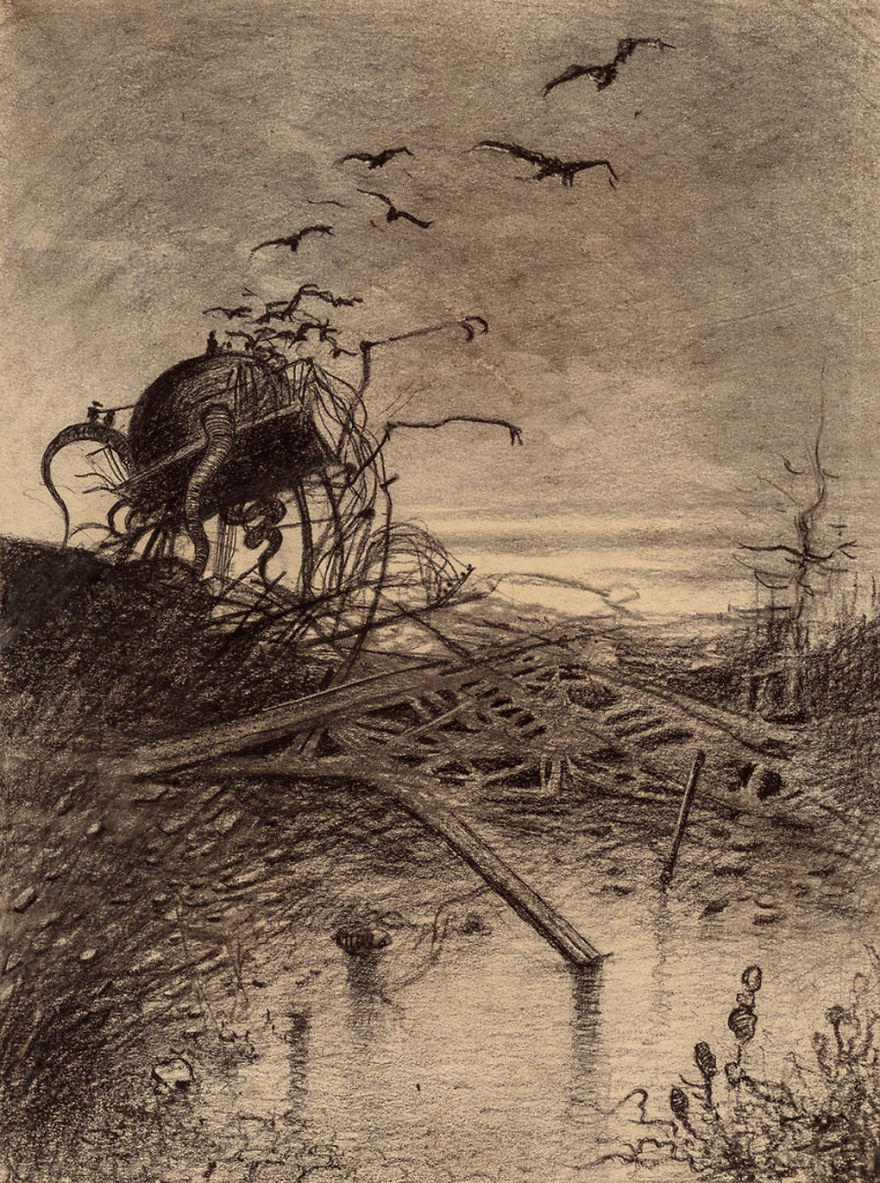 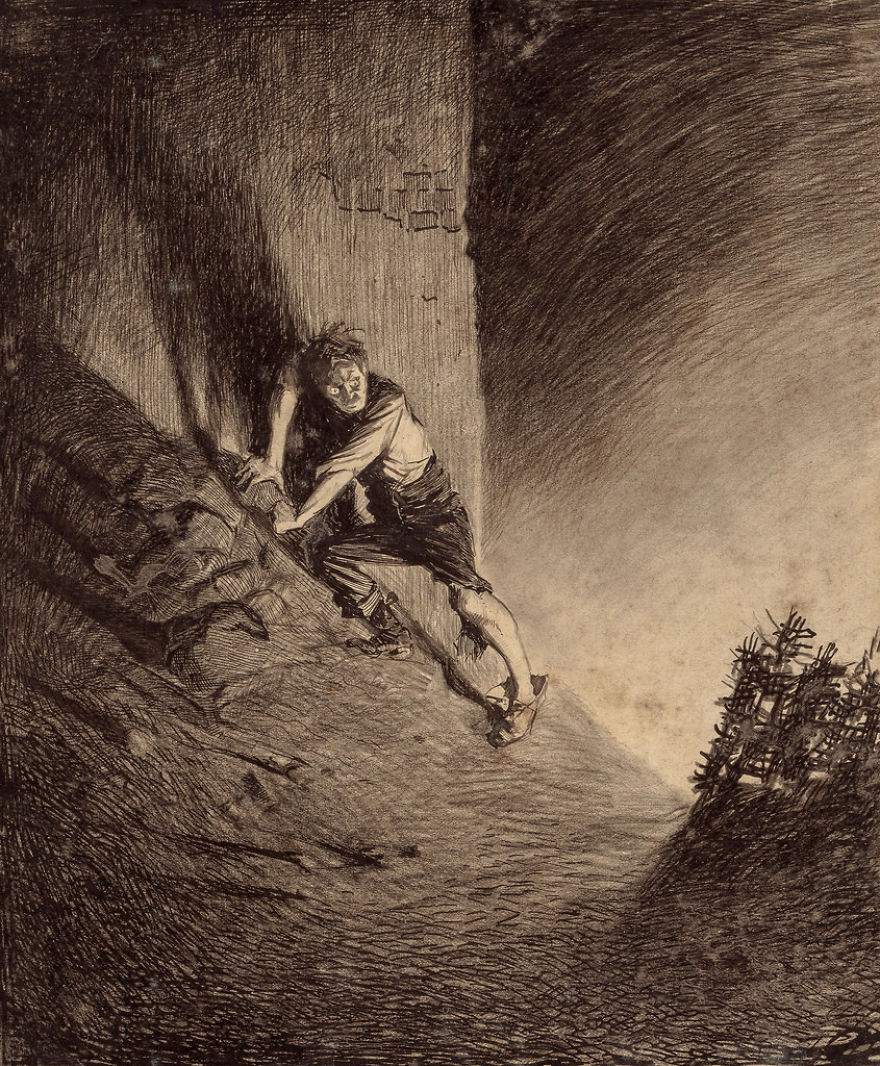 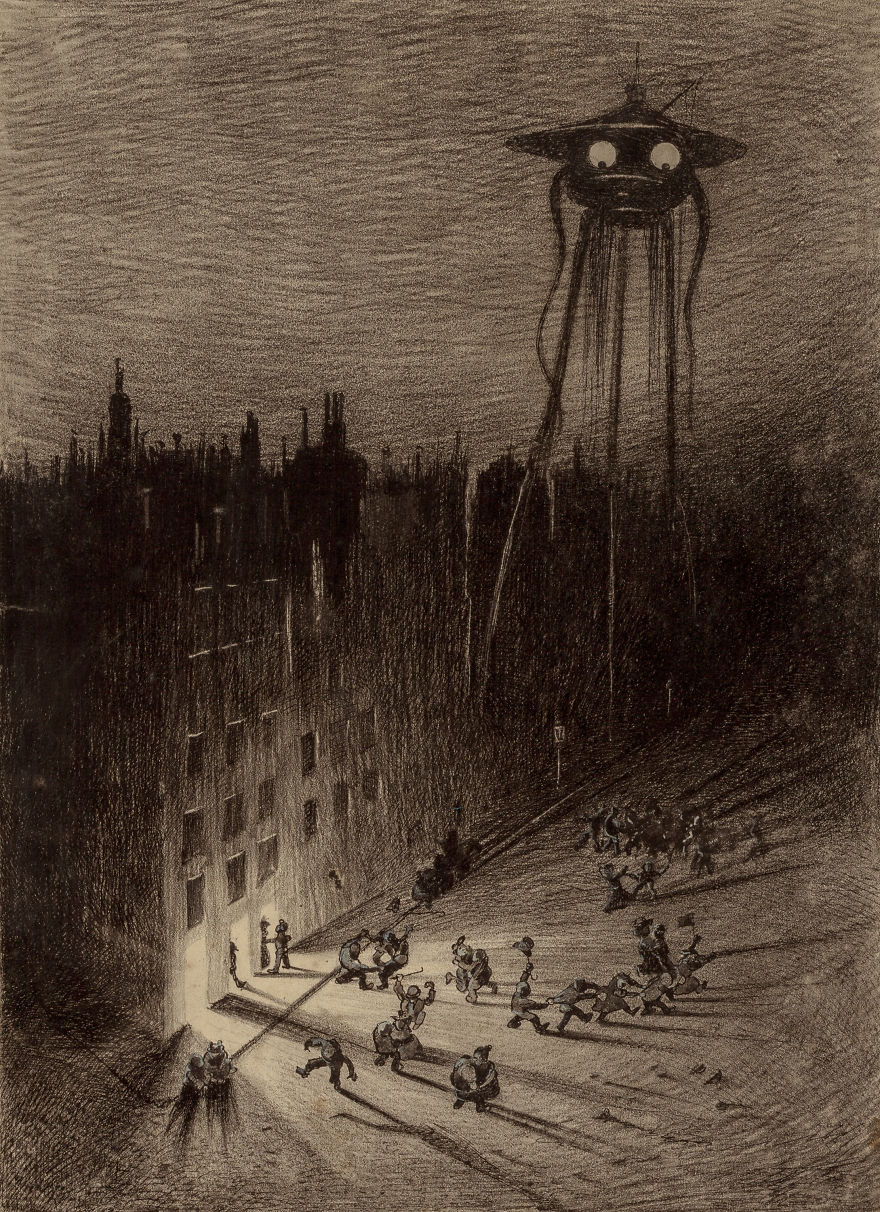 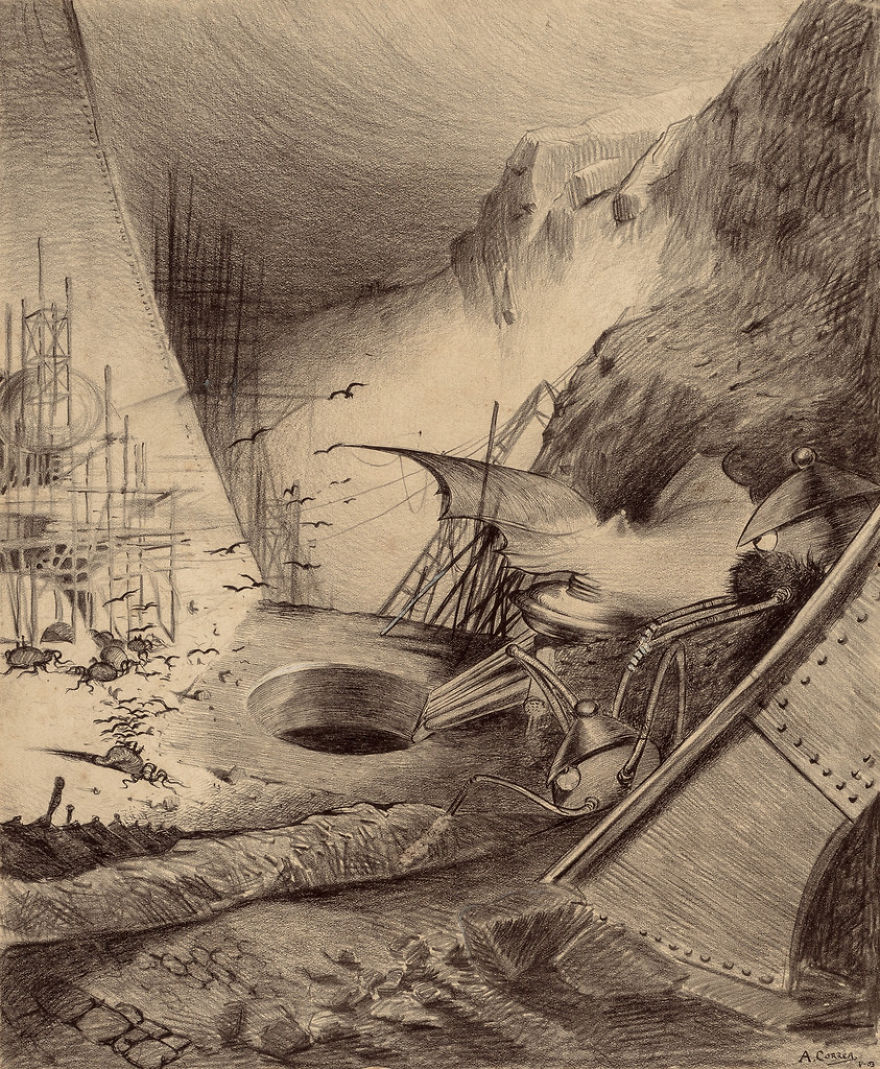 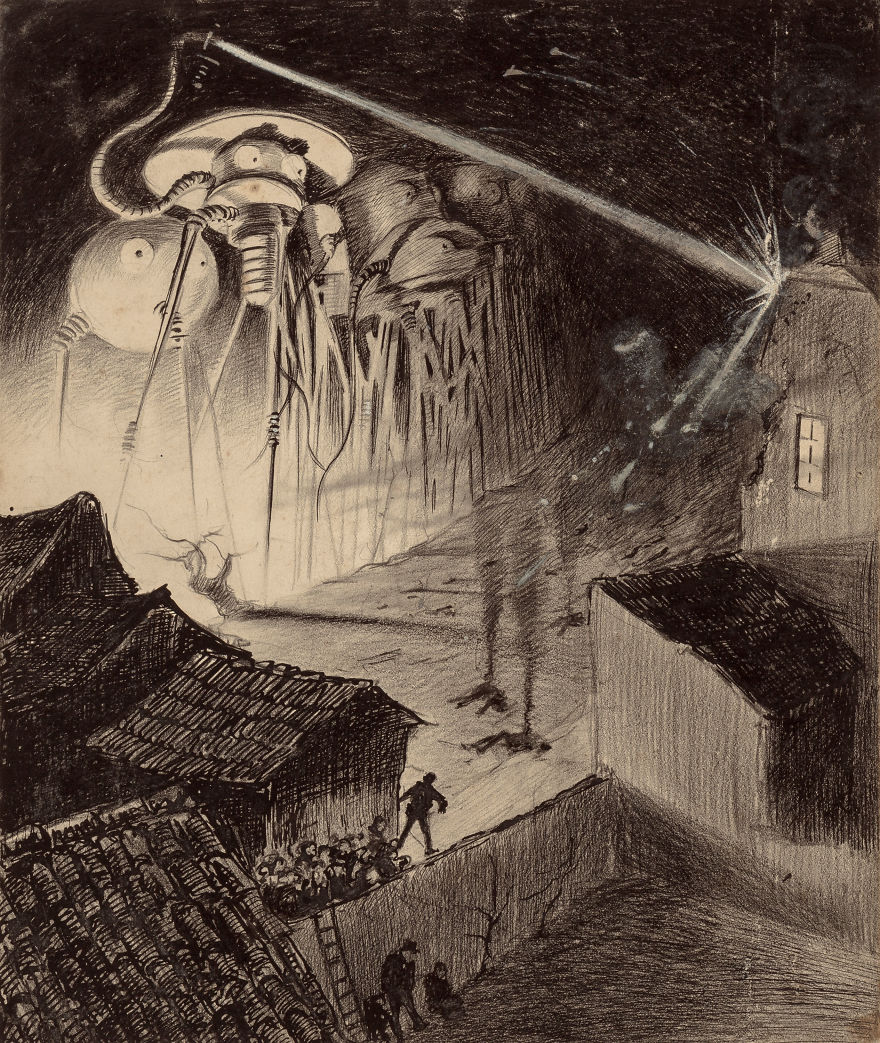